Handguards are an important piece of the modern sporting rifle. They allow us to mount equipment, hold onto our rifle without scorching our hands and they can look pretty damn cool as well. One often over looked thing a handguard can add or subtract from an AR-15 is accuracy. Legacy drop-in handguards can typically get the job done as far as protecting your hands and allowing you to mount stuff to your rail. However, is has been found that these drop in handguards can affect the overall accuracy of your rifle through minutely interfering with your barrel’s harmonics. Be it from the bipod mounted to the rail, resting the rail or barrel against something while firing, or even an overly tight sling these forces can and will affect where the bullet goes.

Free float handguards were created to fix this issue of barrel warping that we see with the traditional AR-15 drop-in handguards.

Advantages of a Free Float Handguard

What Handguard Length is best?

With today’s plethora of aftermarket support for the AR-15, there’s a lot to think about when building your rifle. Considering the intended task of your rifle is key when building it. After you’ve settled on your barrel length, you’re going to want to pick a handguard that matches the job the rifle holds.

In general keeping the rail about an inch from your muzzle device will give you plenty of room to work with, without the worry of destroying your handguard. Be careful to select the right handguard and muzzle brake or flash suppressor combination if you want to have the handguard to extend past the barrel. Otherwise your handguard could peel like a banana.

With that warning out of the way, let’s look at what length handguard is best based on some common barrel lengths. 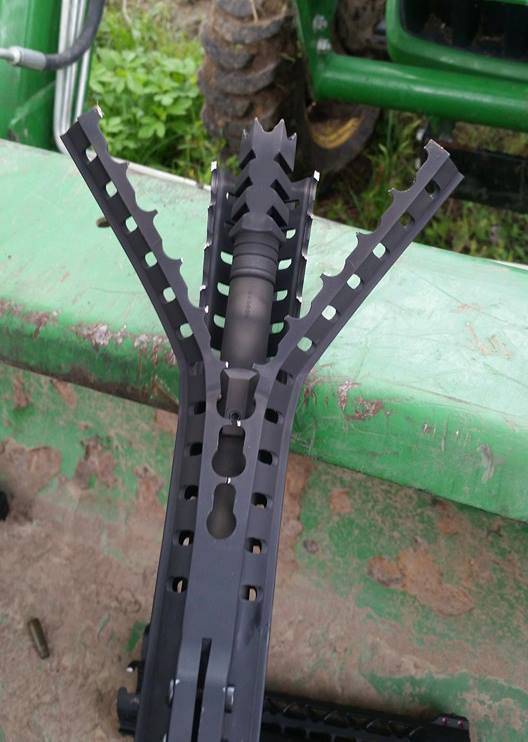