Picatinny vs M-Lok vs Keymod Handguards

Hello and welcome to the STNGR Workshop. My name is Rick Barrett and I'm your host for the series of videos where we talk about everything in the gun community from gun accessories to gun maintenance.

In this video, we're gonna be talking about the three most popular aftermarket handguards that are available to you for your AR-15. The goal with this video, like all videos from the STNGR Workshop, is to give you the pros and cons for each. That way, when you finally take the step of purchasing an aftermarket handguard, you'll be more informed about which one works for you.

Click on one of the links below to jump to a specific topic in the article. 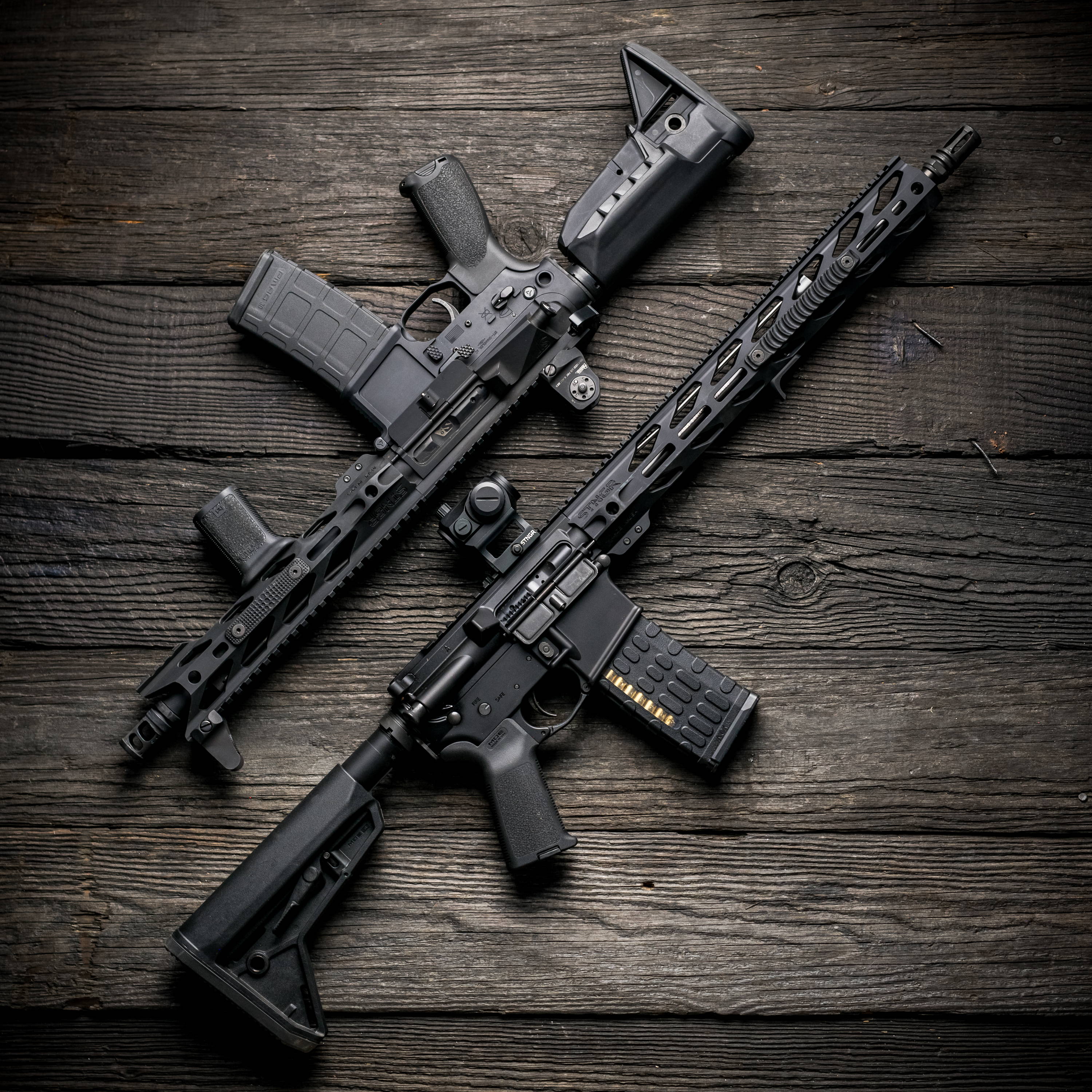 So let's talk about the solid veteran which is the picatinny rail (it may also be called a pic rail for short, or more officially as the MIL-STD-1913 rail or 1913 rail). As I said before, the picatinny rail is the standard bearer. It is the most widely adapted and the most widely popular and that's because it was designed in the beginning to make it possible to attach scopes onto the receivers of larger caliber rifles. 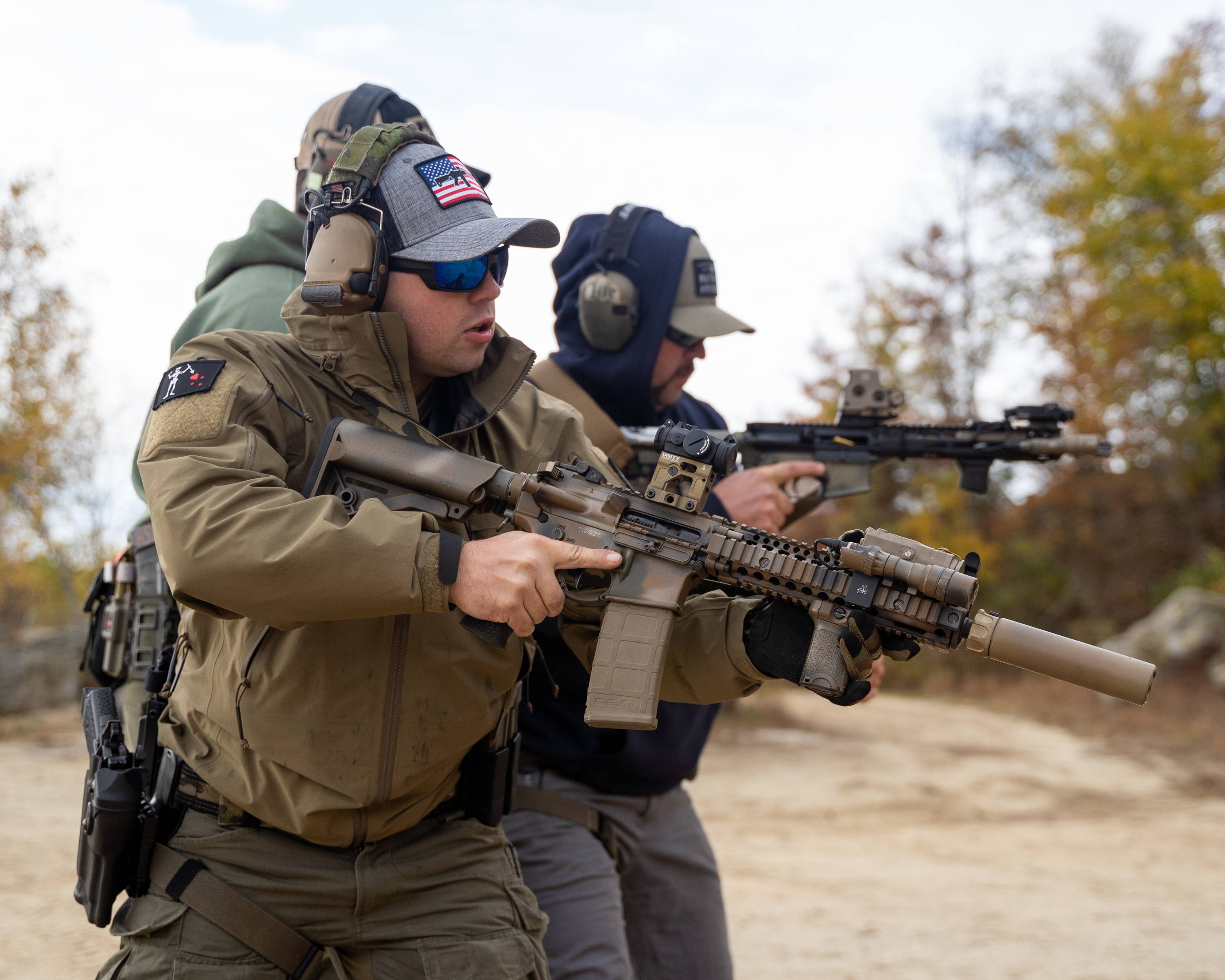 One thing you can notice right off the bat is the four attachment points: One at 12 o'clock, one at 3, one at 6, and one at 9. These four attachment points allow you to put extra equipment onto your AR-15. We're talking foregrips, night vision equipment, tactical lighting, pretty much whatever you want. With the picatinny rails running the full length of all fours sides of the handguard, it's also called a Quad rail.

Now the picatinny rail has become so widely adopted by the firearms community that a lot of firearms manufacturers will forgo the traditional handguard and sell you an AR-15 with one of these preinstalled.

So Rick, if there are all these pros and all these attachment points and everybody loves it, what are the cons? Well, I'll tell you. First, let's talk about the attachment points. Yes, you have four places to put your accessories. But I want you to take a look at the mass that each one of these picatinny rails has. All this right here is weight. Nobody's going to tell you that the picatinny rail is a lightweight system and its biggest pro can in fact be its biggest con. I'll explain.

Yes, you have four attachment points - That's great. Yes, you can put as much as you want on it. Yes, that's also great. However, I told you, this is all added weight that's before you put on your lights, your foregrips, your scopes, whatever your heart desires. The more you put on there, if it's put on your AR-15 it's gonna start weighing it down and a lot of people will find that the rifle is out of balance. When we get to the keymod, and when we get to the M-Lok especially, you're gonna see how the machining got rid of all this extra weight and it made it much more lightweight for shooters while retaining the ability to put on attachments.

One last thing that goes against the picatinny rail is a newer shooting position. For a long time, people used grips on this bottom part of the picatinny rail to put their support hand while they're shooting it. If you've seen Youtube videos in the last couple of years, a popular place to put your support hand is around the actual handguard. Now you can see already that's uncomfortable and I'm just holding it. Now imagine trying to hold it while you're dealing with the rest of the things that are going on while you're shooting an AR-15. You'll start to get cuts, it'll be uncomfortable, your hand will get fatigued quicker. Now, some people will say you can put on covers, you can wear gloves and you can do all those things, but that's just one more negative that goes against the picatinny rail. 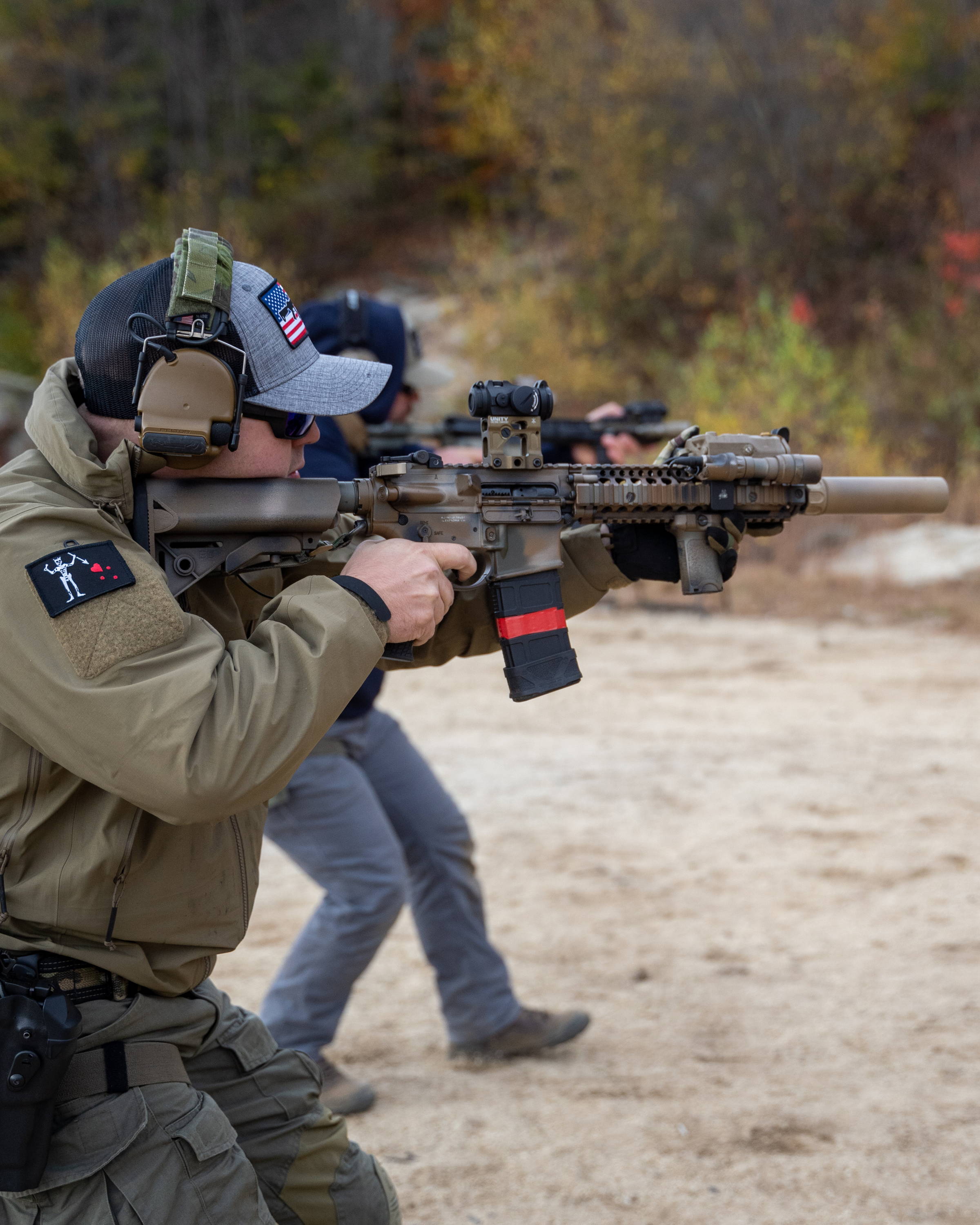 Now, the keymod system was introduced in 2012 and it gets its name from the keyhole profile of the mounting slots as you can see right here on the system.

This made it very popular right off the bat. Why? Because without the use of an adapter which is increased weight, the keymod system permits the direct installation of attachments like your vertical grips, your lights, all that good stuff. This resulted in a lighter handguard. 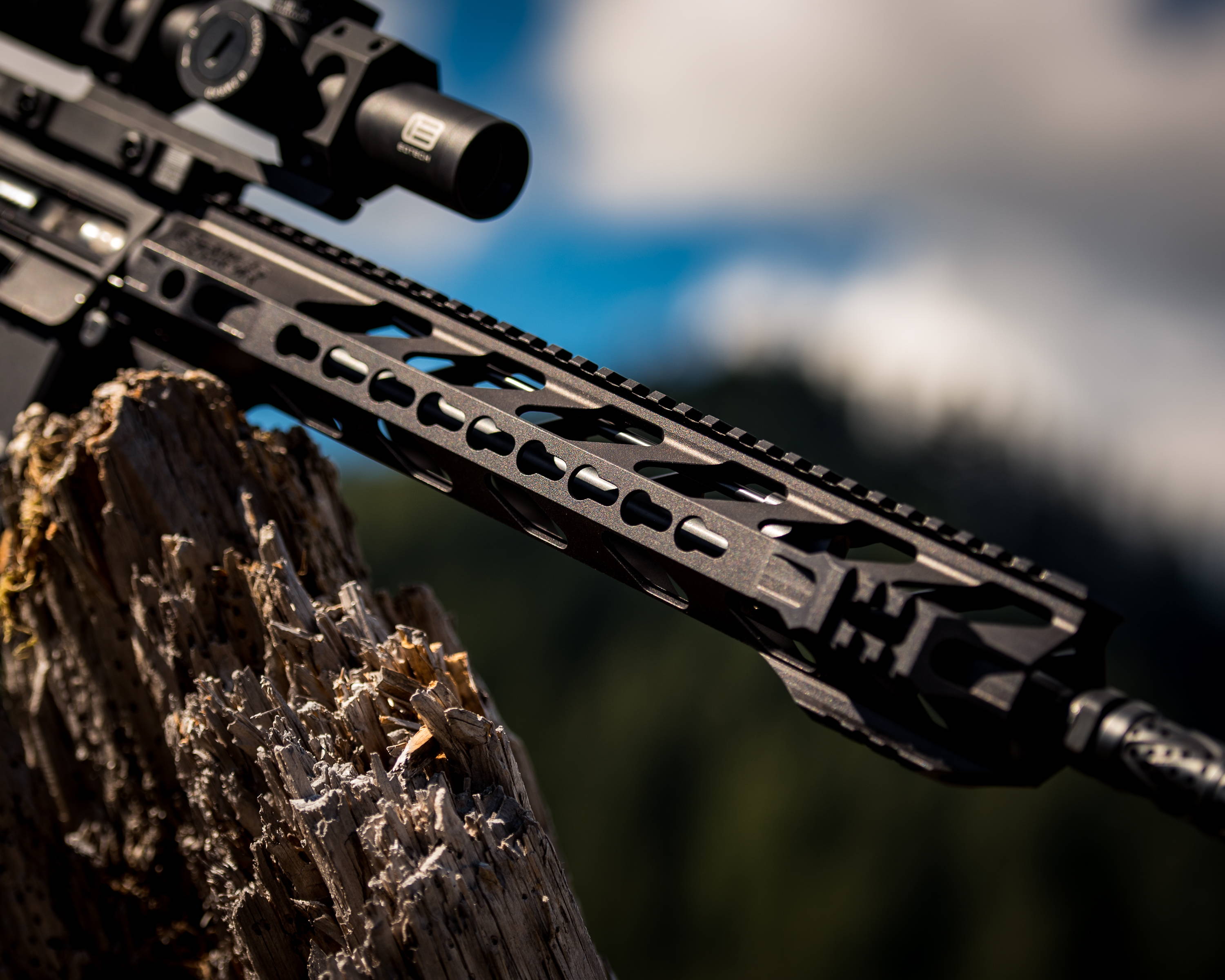 One last thing I want to talk about is the machining. Look at the slots on your keymod (and you're definitely gonna see this with the M-Lok in a moment) vs your picatinny rail. Look at all this extra metal that is on the picatinny rail. That's increased weight. You can see with these more aggressive machining cuts, how much weight you can lose while still keeping all the good stuff that this one has. Now, I know what some of you are going to say. There's a picatinny rail on top of this. I'm gonna address that at the end of the video. 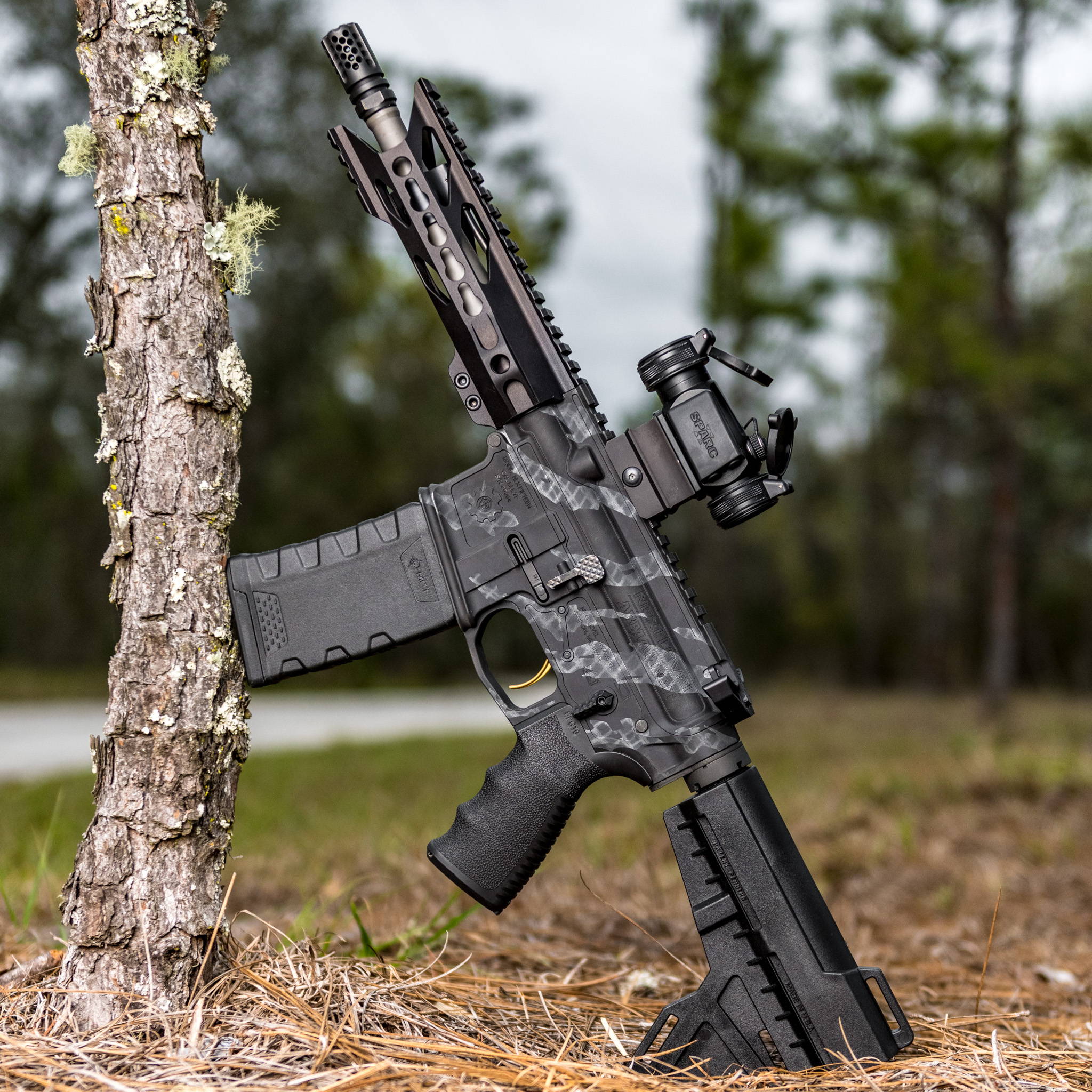 Let's look at the third popular option for aftermarket handguards that is the M-Lok system. This one right here is one you can get at stngrusa.com and this is their HWK model. 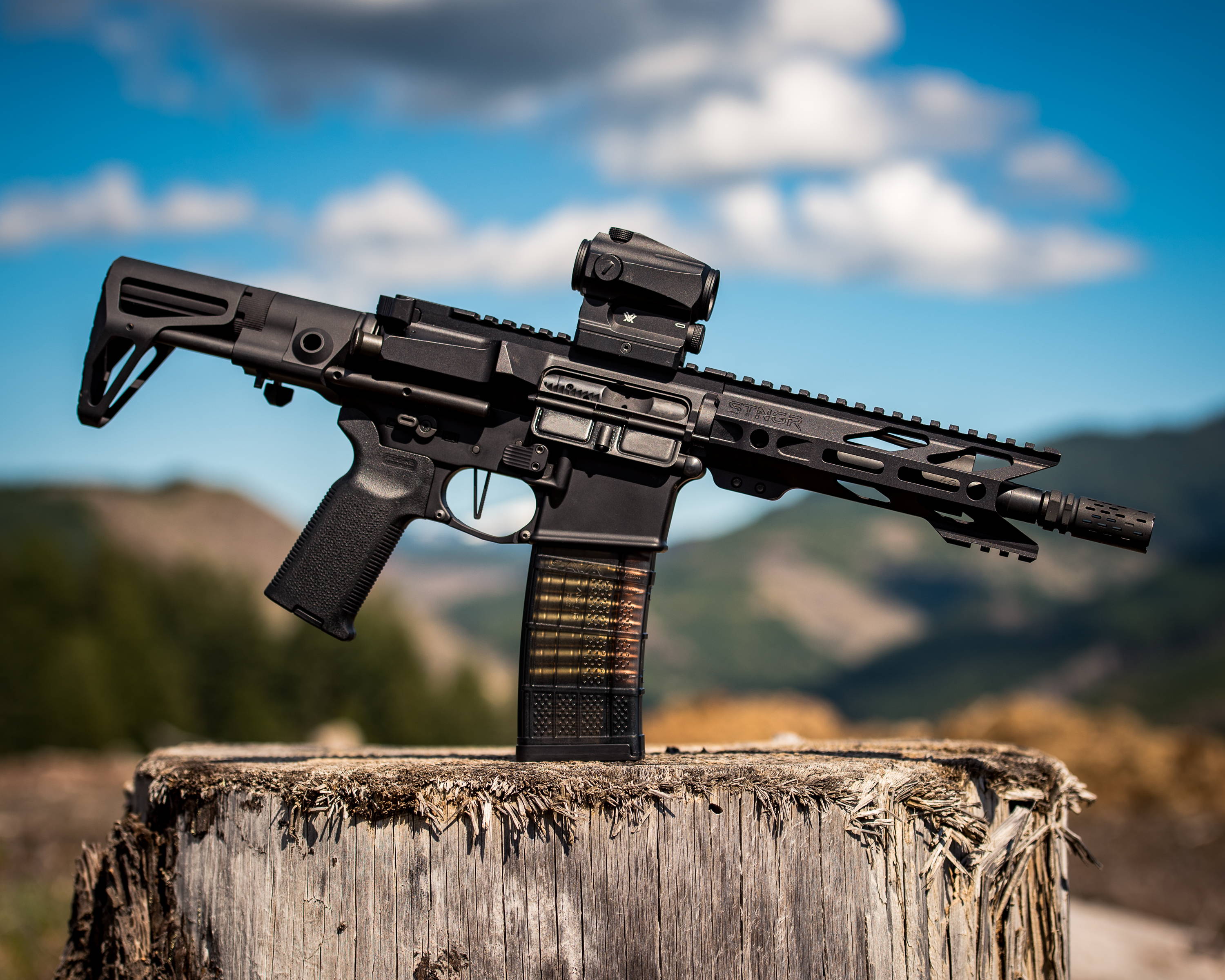 We'll also add that in 2017, US SOCOM (United States Special Operations Command) conducted rigorous testing on Keymod and M-LOK. The testing revealed that M-LOK held up well beyond their requirements where accessories stayed attached 100% of the time during drop testing. Accessories mounted to keymod rails were found more likely to separate from the handguard. Summary: M-LOK is more secure. 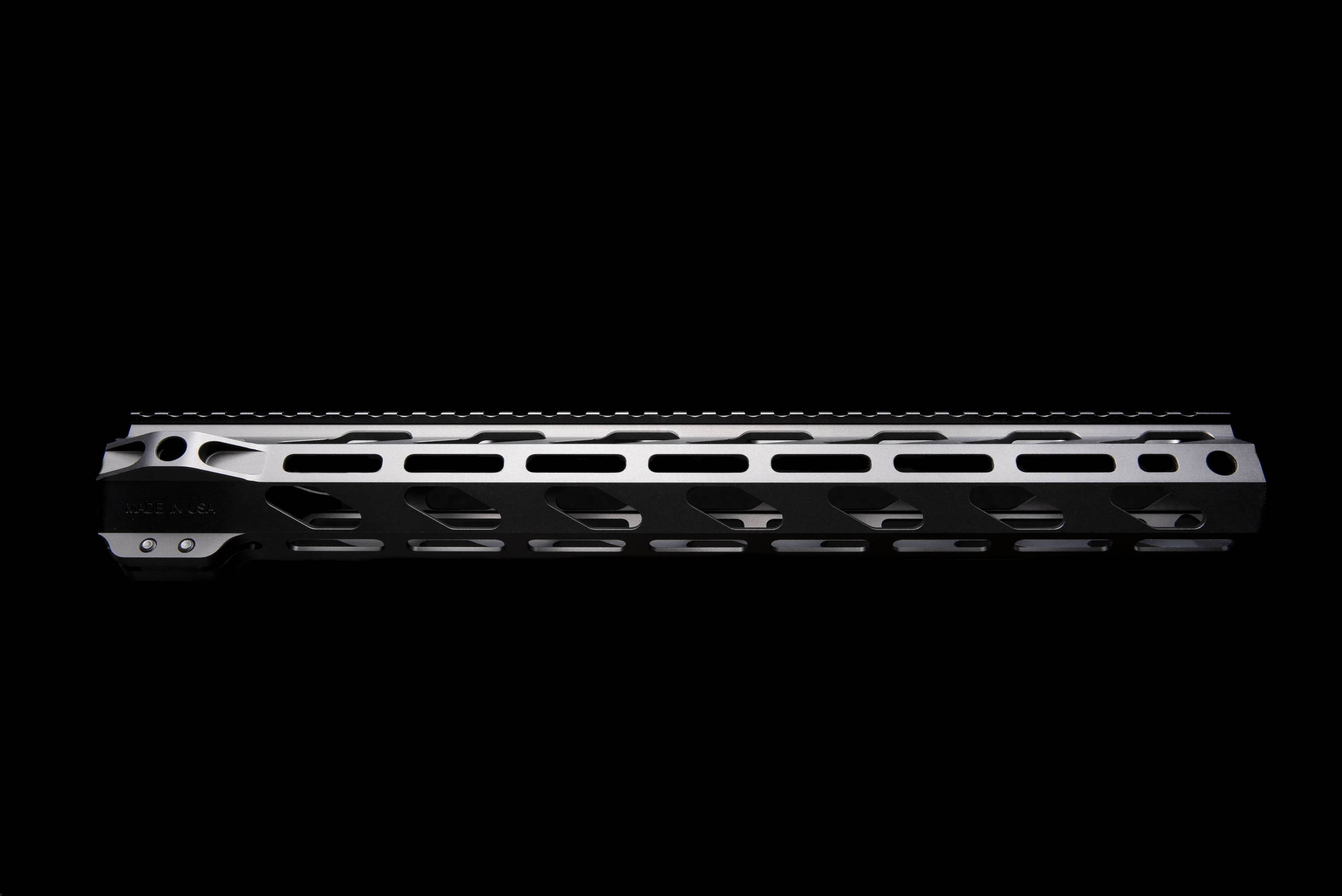 Now let's bring in the keymod vs the M-Lok. The keymod has the key holes while the M-Lok has these uniform slots. One of the things, in addition to these uniform slots, which gives you the ability to mount any kind of equipment that you want at the 3, 6 and 9 o'clock positions, is that these M-Lok systems, especially the one you find here at STNGR USA, is incredibly light. I believe this one is six ounces, which gives you all the strength you need and all the performance you need while dramatically decreasing your weight. 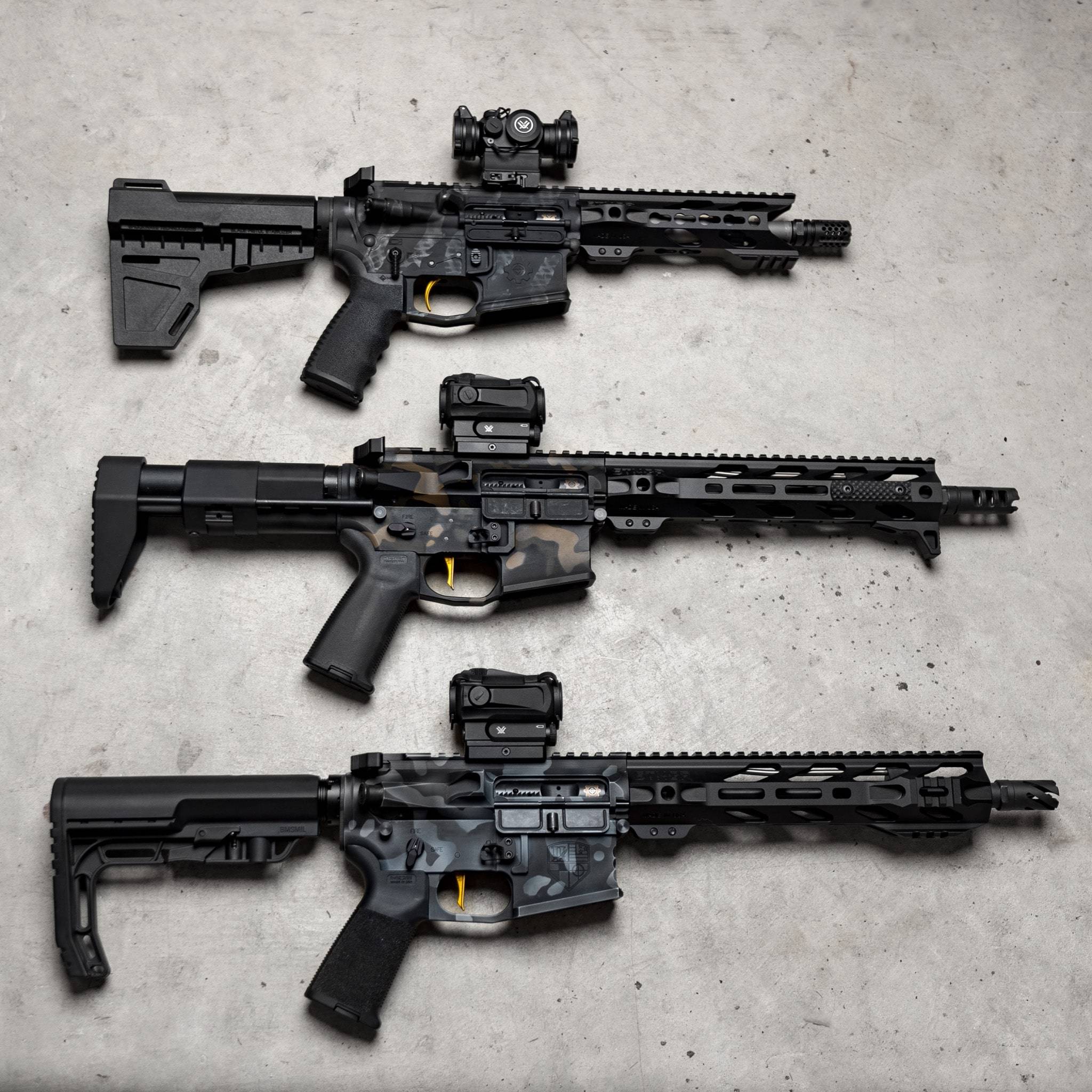 Let's talk about support hand placement with the M-Lok handguard. With the picatinny rail, very uncomfortable, very bulky. We had improvement with the keymod system, but it still wasn't quite right. Now, the M-Lok gets it right. Not only is it lightweight but it also has a smoother design with these cutouts making it a superior shooting experience.

One thing that I did forget to mention, but I'll mention it now is I made a point to talk about the machining on your picatinny rail vs your keymod. So let's take a look at this. Look at how aggressive the machine cuts are on this M-Lok handguard from STNGR USA. What is the benefit to that? That is less metal than this one. Also, more ventilation to keep your barrel cooler. So we talked about the machine cuts on the M-Lok vs the picatinny rail. Let's bring in the keymod because the keymod was the one who did the machine cuts first Why would they be more aggressive? That's less weight on this handguard (M-Lok) vs this one (Keymod). Now these handguards are the exact same length yet the M-Lok handguard from STNGR USA vs the keymod has more aggressive cuts. This is to keep your hand and the barrel that much cooler.

Which One Should You Choose?

So which one should you pick? Well, it comes down to personal preference for each gun owner who sees the keymod and the M-Lok as improvements over the picatinny rail system. Both share some characteristics, chief among them that lightweight designing construction as well as a simplicity of accessory installation. You're gonna have to experiment with both. 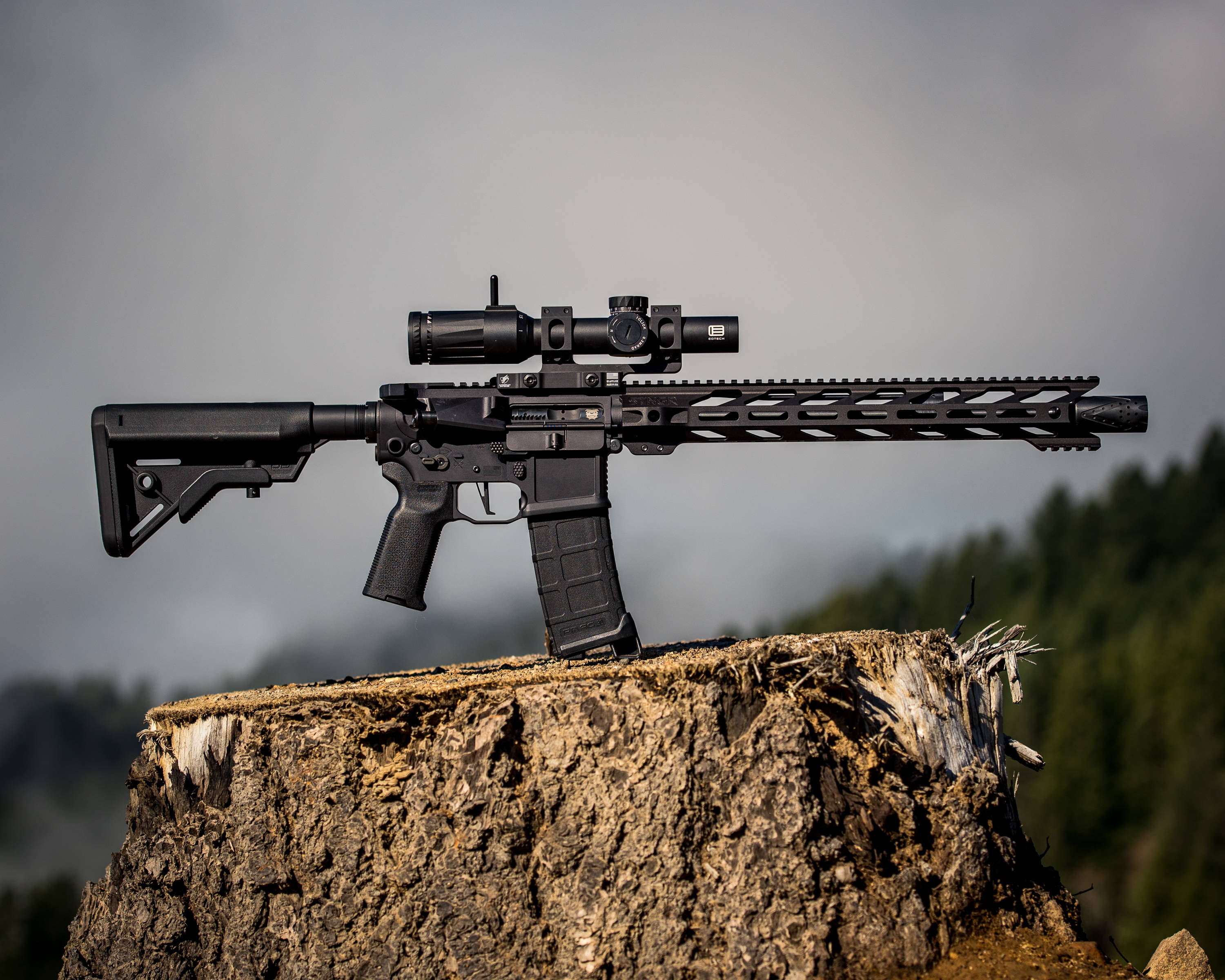 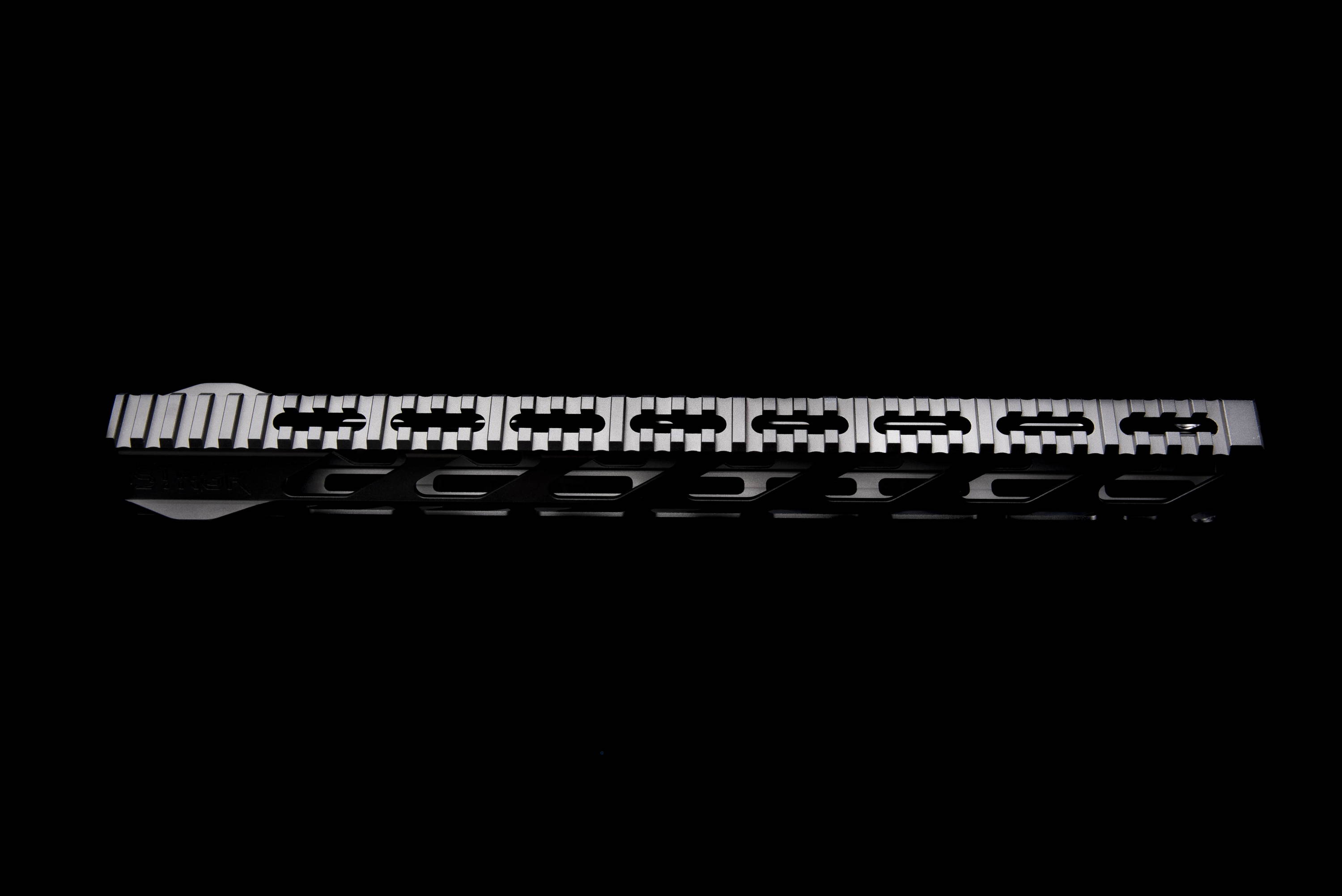 And that's why the M-Lok, if you look at sales and just the vast amount of companies that are making them, has become the primary aftermarket handguard that people go to. But if you choose to use the picatinny rail because you want more space for your accessories or you just like the way the keymod system works for you, those are both options for you. 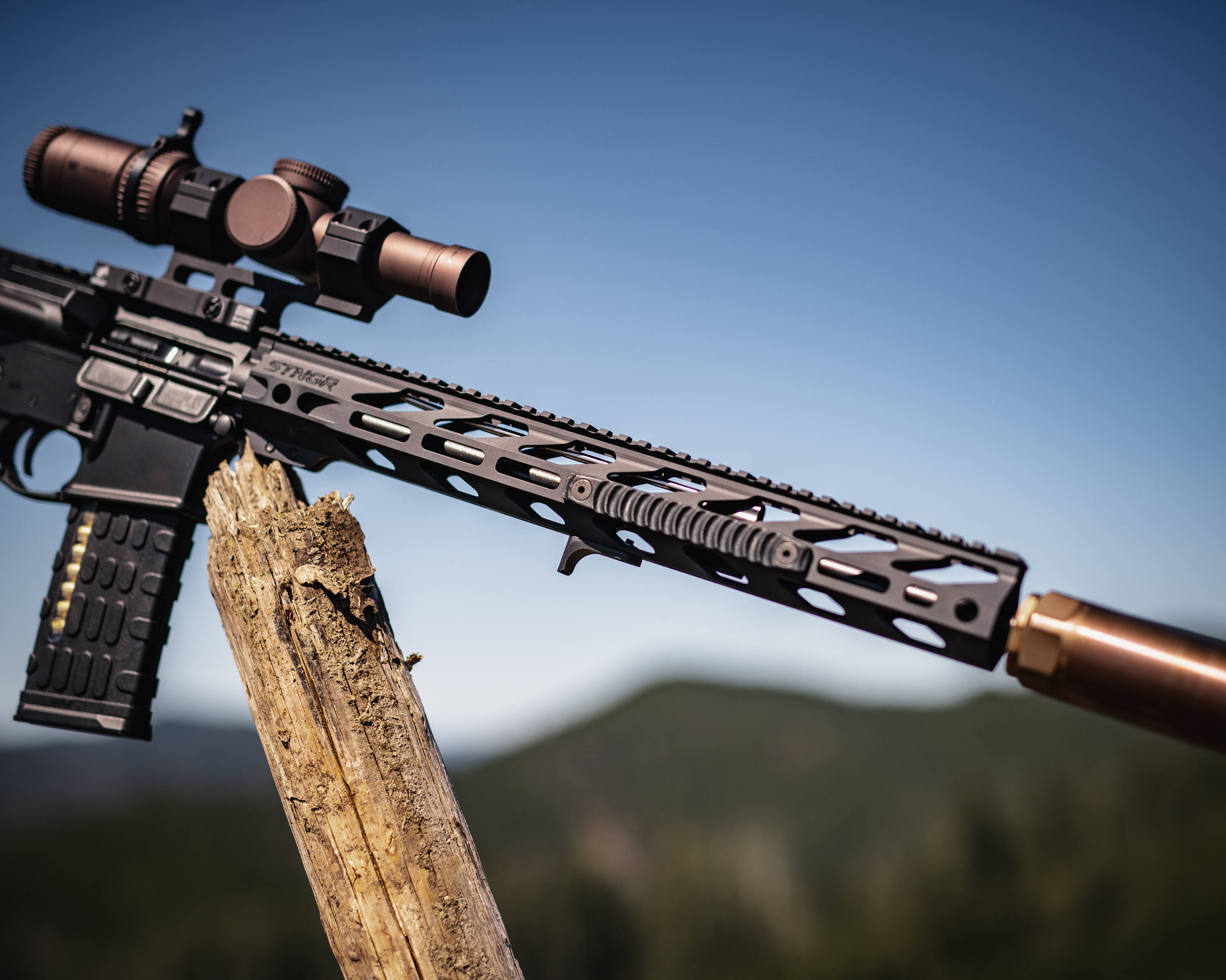 And that's it for this video. Coming to you from the STNGR Workshop. My name is Rick Barrett, I hope you enjoyed this video and I'll talk to you soon. 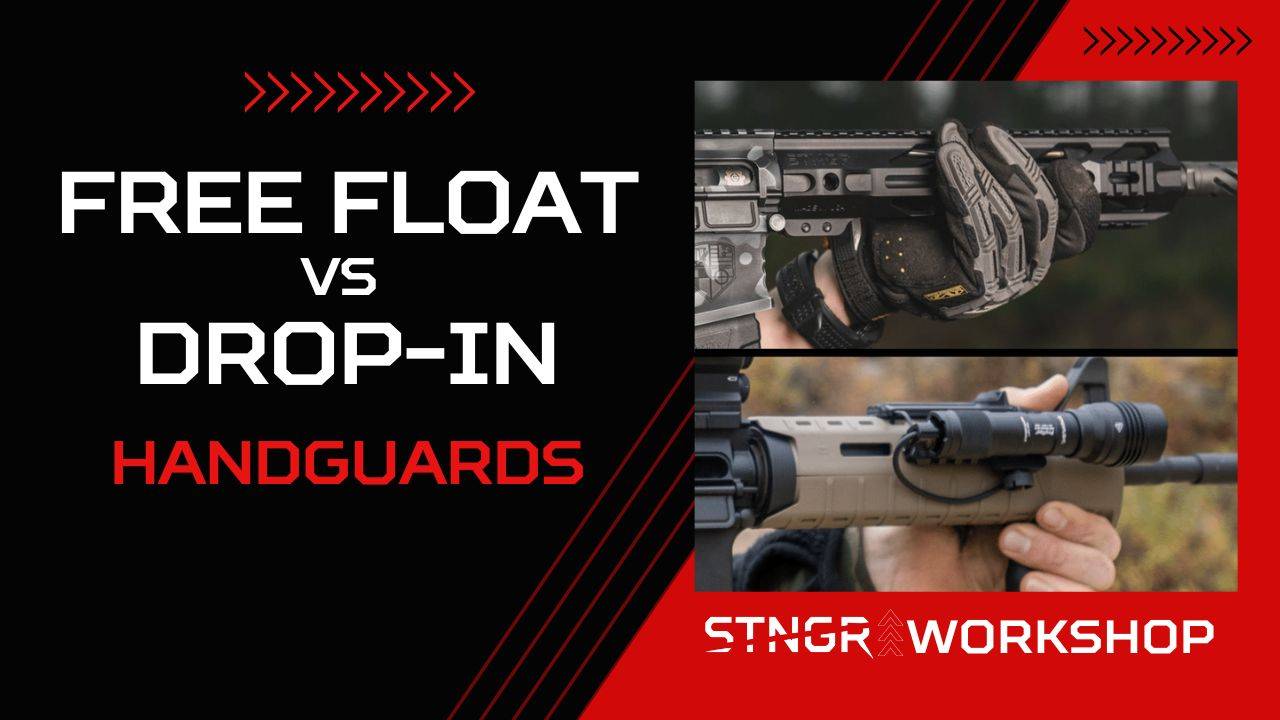 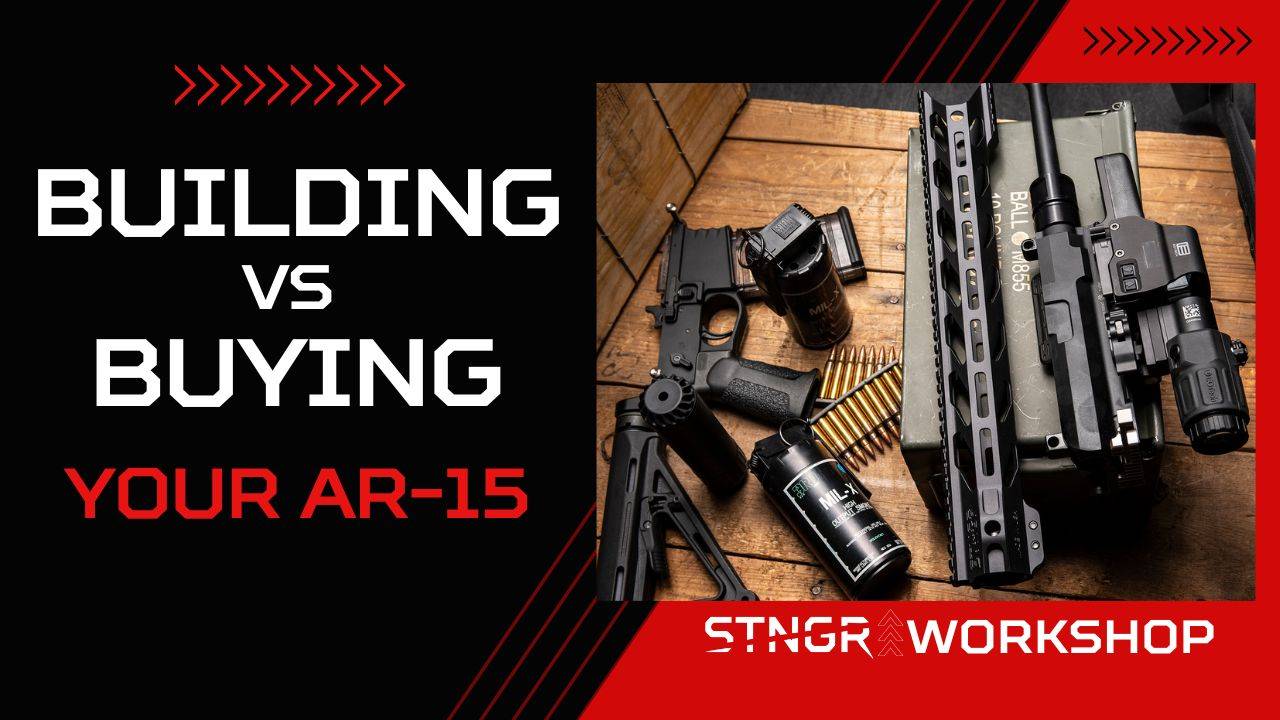