When looking at buying or building your next AR-15, there is a common concern about what length gas system to use. If you attempt to scour the bowels of the internet message boards long enough, you are sure to read many opinions and you’ll learn more than you ever need to know about variances in gas pressures between the different systems. It can become easy to achieve paralysis by analysis when you begin to absorb that much information. Luckily you stumbled upon this article, and you are about to receive the most simple and straight-forward advice possible on this topic. 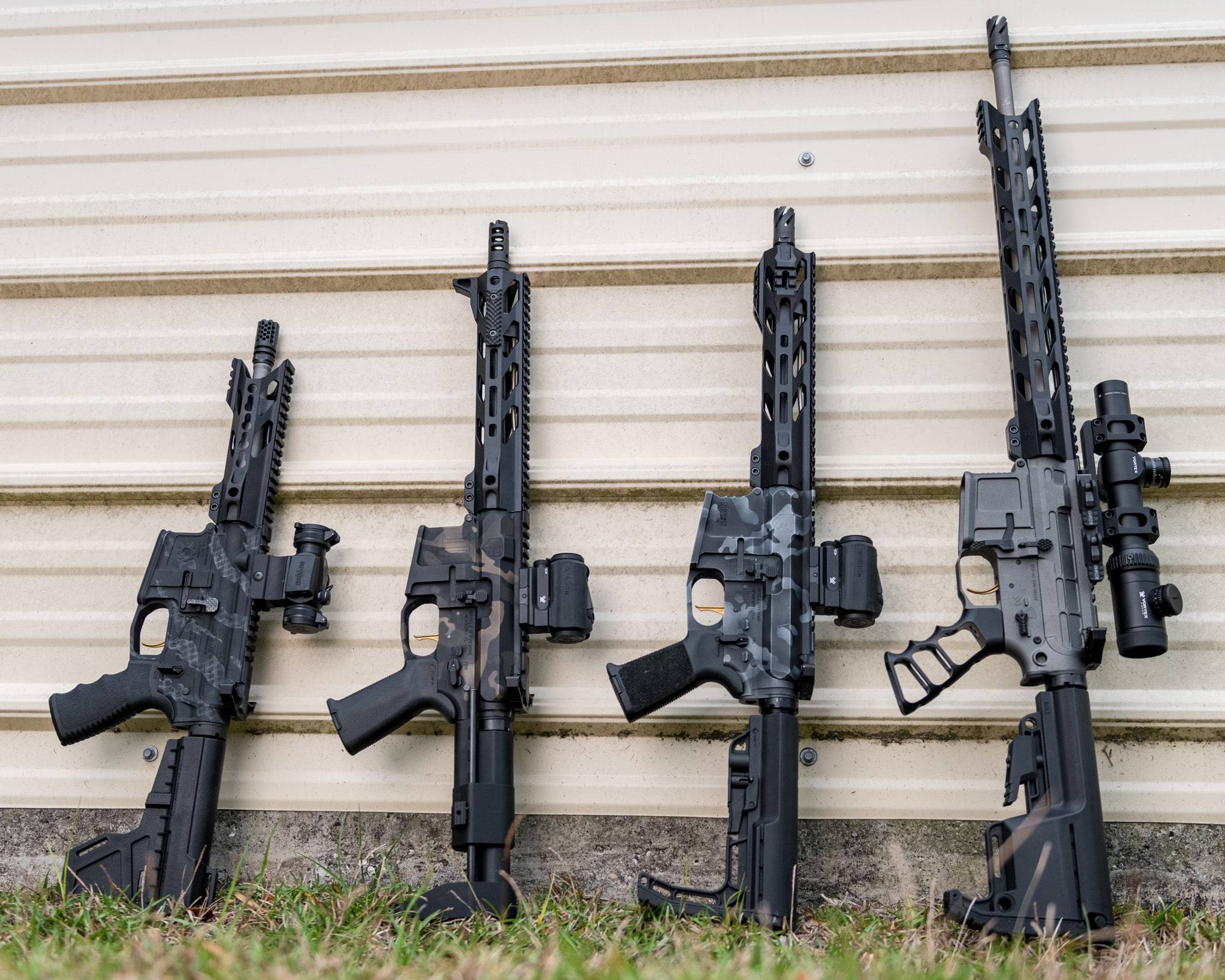 Which gas systems are available?

First off, we must explain what the different gas lengths are, and how they came to exist. The most common lengths that you will run across in an AR-15 will be the rifle length, mid-length, and carbine length. Rifle length is the original system, with the carbine length following, and the mid-length as the most recent addition to the options. There are other proprietary systems and pistol length systems, but those will rarely apply to either a build or a traditional legal rifle on the AR-15 platform. There is also a piston driven system, but that is a completely different discussion.

The rifle length system was designed for the original AR-15/M16 that was used in the Vietnam war. This rifle was built with a 20 inch barrel, and the location of the gas port was determined based on the bayonet the Army had adopted. As odd as it may seem, since the bayonet lug was built into the gas block, the gas port was put in a place that allowed the bayonet to properly interface with the bayonet lug and the end of the barrel. There was no great concern about dwell time or gas pressure besides ensuring the rifle functioned properly, just the requirement of maintaining the ability to mount a bayonet on the service rifle.

While the M16 was achieving a high level of success in Vietnam, there were some units that required a different weapon system. The CAR-15 was designed with a 10 inch barrel, and with a barrel so short, a new gas system was required. This is how the carbine length gas system was developed. As modern military service rifles have evolved, the carbine is the standard issue rifle in the form of the M4. This rifle is equipped with a 14.5 inch barrel, not because there is something especially important about that barrel length’s performance, but because that allows a bayonet to interface with the gas block and end of the barrel and a carbine length gas system. Interesting how the bayonet drives so much of this discussion.

As the M4 became increasingly common among our Soldiers, and the civilian market was striving to emulate the military weapons as closely as possible within the confines of the NFA, the gas system found another adaptation. Due to the NFA, most AR-15 rifles will have a barrel length no shorter than 16 inches. There is nothing wrong with this length, and a carbine length system is well suited to operate with a barrel this length. The civilian market did want the ability to attach a bayonet to match what the military was using, so to achieve this the mid-length gas system was created to allow a bayonet to properly interface on a 16 inch barrel. Once again, the bayonet continues to dictate gas port location and barrel length.

The piston system was also introduced and was marketed as the more reliable option for the AR-15. While this claim had its merits, the added weight and the lack of a set standard for interchangeable parts (among other factors), made it such that it was ultimately determined by the market to lack the value required for most modern applications. 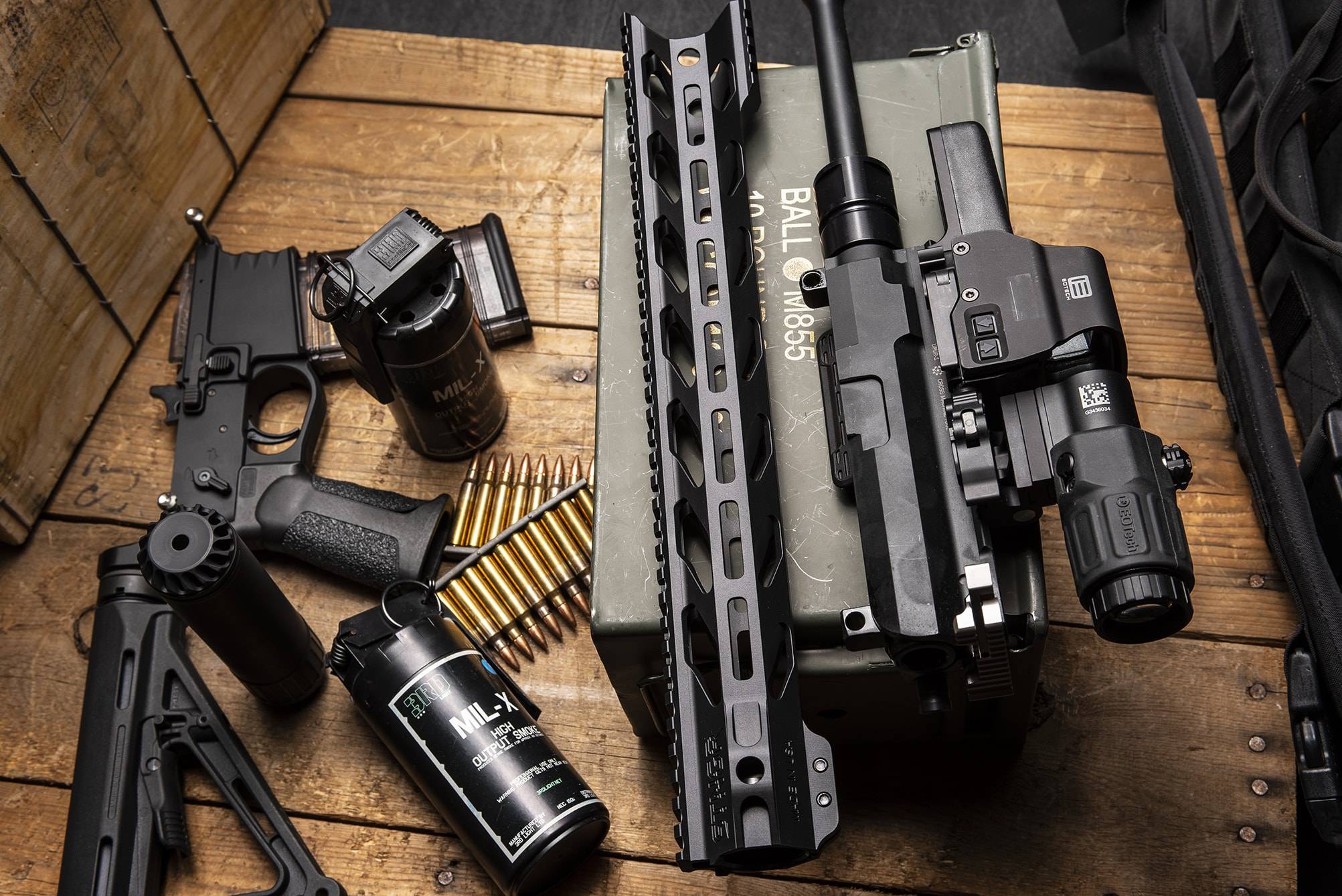 In practice, all three of these systems perform the same function; they siphon some of the gasses expelled during the combustion of a cartridge back to the bolt carrier and cause the action of the rifle to actuate and load the next round into battery. When shooting these three systems, you will notice that the longer the system, the less felt recoil and the smoother the action feels.

Shorter gas systems on the AR-15 do create a higher gas pressure in the rifle and this can often be felt by the shooter. This can also cause a faster wear rate of the moving parts on the rifle; albeit relatively negligible to the casual shooter. Shorter gas systems will generally cause the rifle to function faster, assuming a standard buffer system is used. A shorter gas system will also tend to send a higher volume of gas back towards the shooter, which can be uncomfortable and make follow up shots more difficult during high rates and volumes of fire.

Mid-length and rifle length gas systems are known for how comfortable they are to shoot when compared to the carbine length system. Another benefit is that they are actually more conducive to reliable functioning of the rifle. The longer gas system creates a longer dwell time in the rifle, and this allows all the moving pieces to work slow enough to allow the magazine to function. With this minor increase in the time it takes for the bolt carrier to move rearward, and back forward, pushing a new round into battery, the entire system is less likely to malfunction during normal conditions. 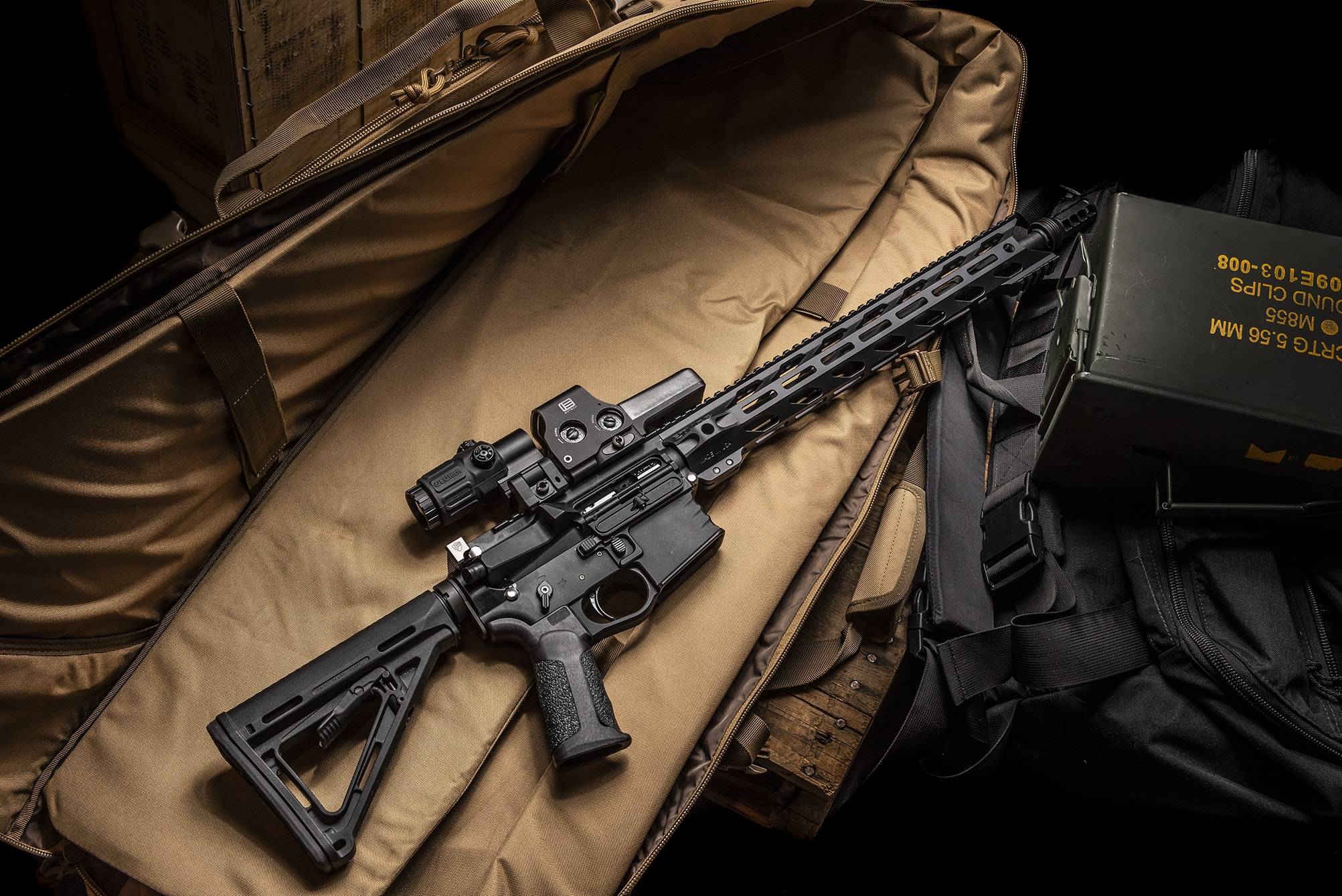 Because the longer gas systems are both more comfortable to shoot, and they are more reliable in the AR-15, the best advice I can give to you is to choose the longest gas system your barrel will allow. With the availability of components in the modern market there is little, if any benefit, to choosing a carbine length system on a 16 in barrel during current time. Whether you are building or buying the rifle, regardless of whether you plan to train, compete, or shoot pizza boxes, you are sure to appreciate the smoother action and increased reliability gained from the longer gas systems.